HERNDON, VA - When the refreshed 2011 Audi Q7 arrives in the U.S. market this fall, it will feature some powertrain updates for better efficiency. While the American-market Q7s won't get the reworked 3.0-liter diesel V6 yet, they will get the new eight-speed automatic transmission that is also debuting in Europe this year. In fact, all U.S. Q7s will use this new transmission this fall. The updated Q7 TDI arrives in September.

In November, new gasoline-powered Q7s will arrive sans the previous 4.2L V-8. Instead, there will be high and low output versions of the 3.0-liter supercharged TFSI V-6 that has been spreading throughout the lineup since its debut in the S4 and A6. For the SUV, the base engine will be a 272 horsepower version while the top output engine will be the same 333 horsepower version found in the S4 sedan and S5 cabrio. 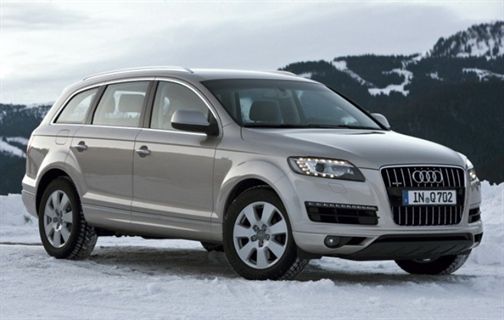