"By launching our SKY technologies into the global market place, beginning in 2011, we will take a huge step toward accomplishing our stated goal of achieving a 30-percent improvement in global fuel economy by 2015," said Takashi Yamanouchi, representative director, president and CEO, Mazda Motor Corporation.

The first of the two engines to be initially introduced in the U.S. in 2011 - the Mazda SKY-G - is Mazda's next-generation gasoline engine and will be the core powertrain in future Mazda vehicles. Mazda expects the SKY-G to boost fuel efficiency by approximately 15 percent while also increasing engine power. 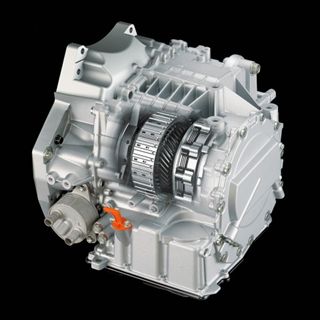 Yamanouchi said the automaker also plans to launch the SKY-D engine mated to Sky-Drive in the U.S. in 2012. Mazda plans to incorporate the SKY-D engine into its next-generation mid-sized diesel car, allowing highway fuel economy of up to 43 mpg - a 20-percent improvement in fuel efficiency over Mazda's current 2.2L diesel. When launched in the U.S., SKY-D will meet Tier 2 BIN 5 regulations. The SKY-D engine does not require urea after-treatment to meet strict North American emissions standards, according to Mazda.