The all-new MKT is attracting a balanced mix of Lincoln loyalists and new customers with its array of standard and optional crash-protection, crash-avoidance and driver-awareness features in addition to distinctive design, interior spaciousness, craftsmanship and fuel economy.

Since the MKT went on sale last fall, approximately 45 percent of MKT purchasers have traded in competitive models, most commonly the Acura MDX and Cadillac SRX. More than half of those buyers opted for the 3.5L EcoBoost engine. 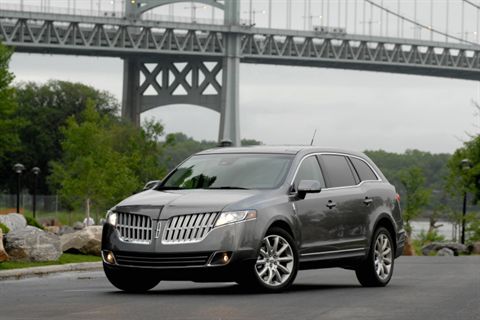 Customer interest in MKT's driver-awareness features has been strong as well. Nearly one in three purchasers of the MKT opts for Adaptive Cruise Control and Collision Warning with Brake Support and three of four opt for a package that includes Blind Spot Information System (BLIS) with Cross Traffic Alert.

Lincoln MKT also includes Side Protection And Cabin Enhancement Architecture (SPACE) to optimize side-impact occupant protection. The SPACE system integrates a hydroformed high-strength steel tube in the floor that runs the width of the vehicle from B-pillar to B-pillar and reinforcements along the rocker panels to help protect passengers in side-impact incidents.