GOTHENBURG, SWEDEN - The electric Volvo C30 features the same safety, comfort, and space as the standard car, but is powered solely by electricity, entirely without exhaust emissions, with a range of up to 150 kilometers.

Volvo Cars' electrification strategy has quickly produced concrete results, according to the manufacturer. In addition to the market introduction of a plug-in hybrid in 2012, work is currently underway on evaluating the viability of an entirely electric-powered car known as a BEV (Battery Electric Vehicle).

In 2009, a small number of prototype versions of the C30 BEV were built and tested internally by Volvo. In addition to focusing on performance and safety, much of the focus is on integration of the electric propulsion system with the rest of the car.

Electricity is highly suitable as a fuel for passenger cars, notes Volvo. It is the superior energy efficiency of the electric motor compared with the combustion engine which suggests that electric cars will become increasingly common in the future as fuel prices rise and demands for low CO2 emissions become ever more stringent.

The Volvo C30 BEV is powered with a Lithium-Ion battery that is charged via a regular power socket found in most homes. 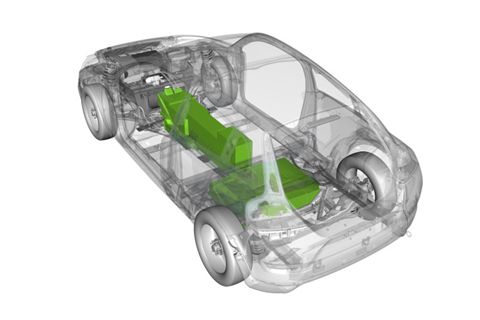 Recharging an entirely depleted battery via the regular household power supply system (230V, 16A) will take about eight hours. If the car is charged with renewable electricity, emissions - all the way from electricity production to its use out on the road - will in principle be non-existent.

The electric motor is housed in the same location as an engine in a conventional car. One of the priorities within the BEV project is to find optimal battery placement. Since the car runs solely on electricity, it requires a larger battery with higher capacity (24 kWh) than in the case of the plug-in hybrid (12 kWh).

The C30 BEV is limited to a top speed of about 130 kilometers an hour. Acceleration from 0 to 100 kilometers an hour will take less than 11 seconds. The car will have a range of up to 150 kilometers. This range is longer and far better than the distance 90 percent of all Europe's motorists drive per day.