DETROIT – General Motors says that the Chevrolet Volt will be ready for production by 2010, according to CNN Money. The Volt will run entirely on electricity, but unlike other electric cars, if the battery runs low before stopping to charge, a small on-board gasoline engine will run as a generator to charge the batteries and keep the car moving.

The Volt is expected to go about 40 miles before that needs to happen and most drivers should be able to go most days without using a drop of gas.

Production for the VUE plug-in hasn't been officially announced, but GM plans to bring it to market in 2010. The VUE Plug-in will be a parallel hybrid. That means that, like a regular Toyota Prius or Ford Escape Hybrid, it will be powered by a gasoline engine with significant assistance from electric motors. Starting with a full charge, GM expects to have an electric-only range of about 10 miles. GM expects overall fuel economy twice that of any current SUV. 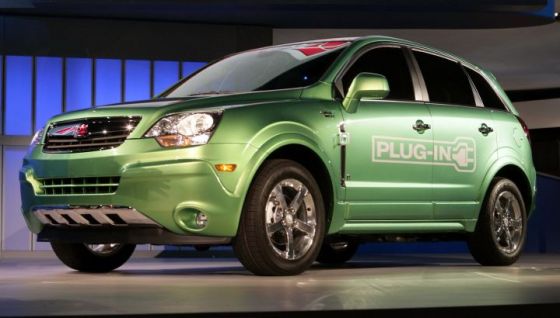 The Ford Escape Hybrid is already one of the most popular hybrid vehicles on the market today. A plug-in version is a natural next step. Ford plans to give 20 Escape Plug-in Hybrids for fleet use to the Southern California Edison electric company. These are upgraded versions of the Escape Hybrids you see on the road today. Relying on lithium-ion batteries, the Escape Plug-in can achieve fuel economy of up to 120 miles per gallon, Ford claims, during the first 30 miles of driving at moderate speeds after a full charge.

Ford's HySeries system is similar to that used in GM's Chevrolet Volt. The biggest difference is that the HySeries uses a hydrogen fuel cell, not a gasoline engine, as an on-board back-up generator. But either vehicle could use any type of on-board power generator. That's one of the benefits of this type of system. It can be produced economically with different sorts of engines or with fuel cells. The wheels of these vehicles are powered by electricity alone at all times. The fuel cell, in this case, is used only to recharge the batteries if they run low, according to CNN Money. 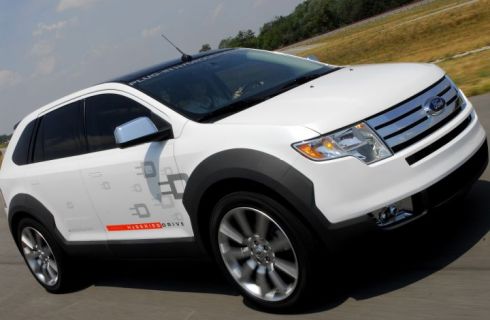 Ford claims a plug-in-power-only range of 25 miles before the hydrogen is needed. After that, the Edge with HySeries can go another 200 miles on a tank of compressed hydrogen.

Priuses are sometimes modified by other companies for use as plug-in hybrids but, for safety reasons, Toyota doesn't sanction those conversions. Late last year, Toyota presented its own plug-in Prius to the University of California campuses at Berkeley and Irvine.

Based on current-generation Toyota Priuses, the cars have oversized nickel-metal hydride batteries rather than more expensive lithium-ion batteries used in many other plug-in hybrids. On a full charge, the Prius plug-in can drive up to seven miles on electric power alone at speeds up to about 62 miles an hour, according to Toyota. Toyota has said it intends to bring some sort of plug-in hybrid to market in 2010, at about the same time that GM plans to bring its two types of plug-ins. 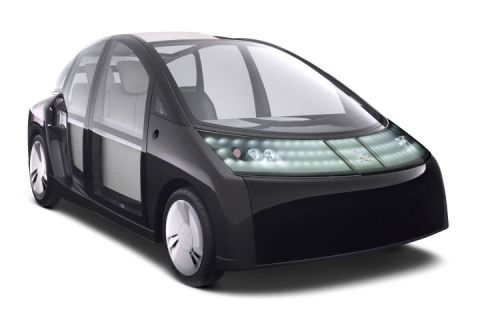 The 1/X concept car combines advanced materials and lithium-ion batteries to create a plug-in hybrid capable of traveling 150 miles on a four-gallon tank of gasoline. The four-seat car weighs just 926 pounds compared to a five-seat Prius that weighs 2,890 pounds. The car's roof is made from bio-plastics derived from kenaf and ramie, two types of fibrous plants. The 1/X is powered by lithium-ion batteries and a small 0.5L flex-fuel engine.

Chrysler Corp.'s Sprinter Plug-in is hard at work at the New York Times. It carries newspapers out of the paper's printing plant in the New York City borough of Queens.

Last fall, Chrysler Corp. created an in-house electric vehicle engineering group called Envi. Chrysler's being quiet about what the group is working on, but some type of plug-in hybrid is likely. At the Detroit auto show in January, Chrysler unveiled three electrically-driven concept vehicles, one each for the Chrysler, Dodge, and Jeep brands. These cars provided a glimpse of what Envi could be working on, according to CNN Money.

This one, the all-wheel-drive Jeep Renegade, has two electric motors — one for each axle — and a 1.5L, 115-horsepower, three-cylinder diesel engine. On a full charge, the Renegade should be able to go as far as 40 miles on electric power alone. Chrysler boasts of a 400-mile total range.