Geotab scored highest in the ranking followed by Verizon, Trimble, and Zonar. Other companies on the list included Arvento, G7, Gurtam, Masternaut, MiX Telematics, Omnitracs, Teletrac Navman, and TomTom Telematics. To qualify for the list, the provider must have at least 400,000 active commercial customers.

This year, the subscriptions of these top providers will surpass $17 billion. Global fleet telematics subscriptions are expected to grow at a compounded annual rate of 19% from 2019 to 2024, according to ABI.

"Verizon continued to take the market share lead with over 1.59 million active subscribers, followed by Geotab at 1.36 million, Trimble at 1.28 million, and Omnitracs at 1.1 million," said Susan Beardslee, ABI's principal analyst. "Geographic expansion will prove critical to continued growth, which is why Gurtam led geographic coverage with solutions in over 130 countries, followed closely by MiX Telematics in over 120 countries."

Trimble and Zonar had the top scores for differentiated preventative maintenance, as well as prognostics and analytics. Trimble offers broad vertical coverage and customizable analytics, and Zonar stands out for its unique vertical capabilities with Daimler and Continental, according to ABI. Verizon had top innovation scores for features and UI/UX and finished in the top three ratings for the remaining innovation criteria.

TomTom Telematics fell to 10 from fourth in the 2018 Commercial Telematics competitive assessment. This tumble has been influenced by their overall commercial telematics growth being well under industry averages, and a troubling decline in critical monthly revenue per subscription, according to ABI. 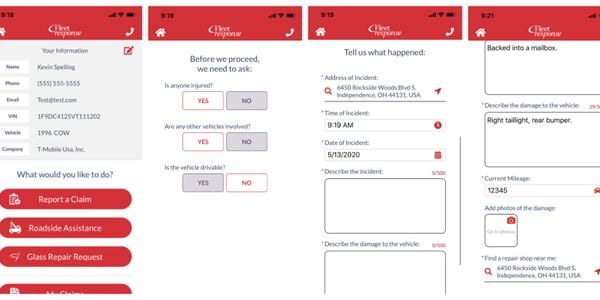 Accident management and repair assistance is now the palm of your driver’s hands.

European-based telematics company Ruptela is expanding its global presence to North America with the release of its telematics platform to the U.S. market. 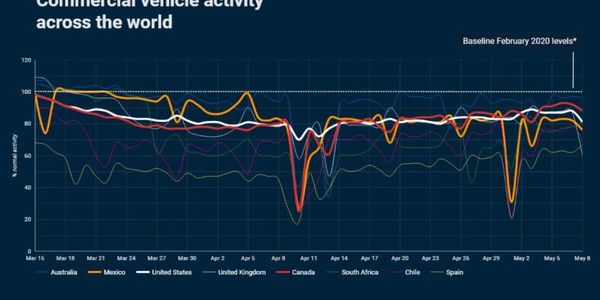 Geotab has launched its Commercial Transportation Recovery Dashboard, which is designed to help depict the current state of COVID-19 recovery and help in visualize the pandemic’s impact on commercial transportation and trade activity.

How to Reduce Costs During COVID-19 Using Telematics

GPS Insight published a video about how telematics and fleet management systems can help reduce fleet costs during the COVID-19 pandemic.

How to Reduce Costs During COVID-19 Using Telematics [Video]

GPS Insight offers tips on how fleets can reduce costs during the COVID-19 pandemic by using telematics.