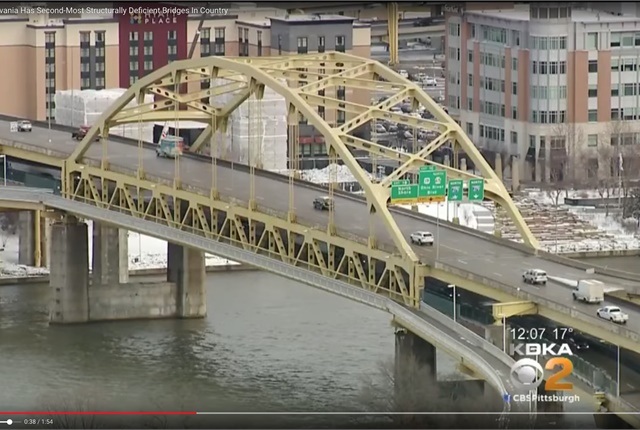 A total of 54,259 of the nation’s bridges are rated "structurally deficient," and vehicles cross these compromised structures 174 million times every day, according to a newly released analysis of the U.S. Department of Transportation’s 2017 bridge inventory database.

The 1,800 structurally deficient-rated bridges that are a part of the Interstate Highway System are crossed 60 million times daily, according to ARTBA.

To help ensure public safety, bridge decks and support structures are regularly inspected. They are rated on a scale of zero to nine, with nine meaning the bridge is in excellent condition. A bridge is classified as structurally deficient and in need of repair if the rating on a key structural element is four or below. While these bridges may not be imminently unsafe, they are in need of attention.

The pace of improving the nation’s inventory of structurally deficient bridges slowed this past year, ARTBA said. But it’s down only two-tenths of a percent from the number reported in the government’s 2016 data. At the current pace of repair or replacement, fixing all of them would take 37 years, said Dr. Alison Premo Black, ARTBA chief economist.