First introduced as a rear-wheel-drive, body-on-frame, truck-based SUV in 1991, the Ford Explorer took the nation by storm and has been America’s best-selling sport utility ever since.

In 2011, with fuel-economy concerns taking center stage, the Explorer moved to a front-wheel-drive, unibody platform and took on some decidedly carlike styling cues. For the 2016-MY, Ford is rolling out a refresh that includes design elements from both vintages and adds an upgraded EcoBoost four-cylinder and an all-new Platinum trim level.

Standard and available equipment on the lower trim levels includes 18- or 20-inch wheels, a rearview camera and a 12-speaker stereo.

Though marketed as a refresh, the exterior styling is decidedly different — especially on Sport and Platinum models, which add elements such as dual exhaust ports and satin-chrome body cladding and mirror accents, respectively. The side sheet metal carries over, but the front and rear fascias were completely redesigned.

A single-panel honeycomb grille and square headlights replace the tiered grille and heavy front turn signals that distinguished the outgoing façade. The rear end was redesigned, as well, but retained the 2015 Explorer’s wraparound rear window-and-windshield effect.

Much of the 2016 lineup’s technical data is not yet known, but Ford has pledged to retain its high-for-the-class fuel economy and full suite of safety features, which includes lane-keeping, blind-spot and cross-traffic alerts as well as adaptive cruise control with collision warning and brake support.

The 2016 Ford Explorer is due in showrooms this summer. Stay tuned to BusinessFleet.com for updates on pricing, specs and mpg.

The new 2021 GMC Canyon was revealed in the mountains of Colorado, including a first-ever Canyon AT4.

The material, according to Nissan, can help make car cabins quieter while also boosting energy efficiency.

Analysts found that, as in 2018, consumers continued to abandon car segments in 2019. Light trucks are on track to account for more than 70% of overall new-car sales for 2019, while cars will account for less than 30% of new-car sales. 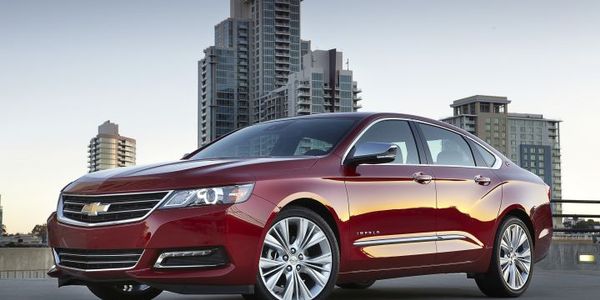 Nine 2019-model-year vehicles will end production in 2020. The list is heavy on cars, reflecting a shift in preferences among American car buyers.