As GM celebrates an historic milestone, the company is focusing on what lies ahead. Its newly launched initiative, www.GMnext, opens up to the world an interactive conversation to examine the “many roads to the future.”“We’re starting our second century at a time of fundamental change in the auto industry,” said GM Chairman and CEO Rick Wagoner. “We’ll use GMnext.com to introduce some of our ideas for addressing critical issues concerning energy, the environment, and globalization. In the process, we also hope to spark a broader, global discussion on these important topics.”

While many companies publish histories to commemorate anniversary milestones, GM invites people all over the globe to contribute to the interactive Generations of GM Wiki site on GMnext.com. This dialogue-based global platform marks the company’s 100th anniversary and spotlights GM’s next generation of people, products, and technologies. Visitors can share personal experiences from the company’s first 100 years — everything from a story about a summer job at an assembly plant, and pictures of a first car to favorite experiences with GM products.

GM considers its best authors those who experienced the company firsthand — its employees, retirees, dealers, customers, and the generations of all people who have shaped the company as we know it today.

“The Generations of GM Wiki proves there is no limit to the uses of social media tools nor to GM’s willingness to open itself up to fruitful conversation,” said Shel Holtz, principal, Holtz Communication + Technology and author of the blog, “A Shel of My Former Self.”

The Generations of GM Wiki allows all visitors to contribute to GM’s history. Users can register their e-mail addresses on www.GMnext.com and click the new “Wiki” tab at the top of the page. From there, they can post pictures, write stories, or spend time reading what others have shared.

All submissions are moderated to assure they follow the “Rules of the Road” listed on the Wiki, but accuracy is overseen by the user community and subject matter experts. The GM Wiki will be based on a timeline of basic facts about the automaker’s history from its incorporation to the present. Using technology similar to that pioneered on the popular Wikipedia Web site, the GMnext.com Wiki will expand on the company’s history through links to stories, images, videos, and audio.

“We welcome stories and will build a rich and continuously evolving history of GM’s people and products,” said Steve Harris, vice president of GM Communications. “We couldn’t think of a better way to launch our interactive Wiki than at the Chicago Auto Show, also celebrating its 100th anniversary in 2008.

Who was William C. Durant?

William Durant was born in Boston, Mass. in 1861 and was the grandson of Flint, Mich., lumber baron and former Michigan Governor Henry H. Crapo. At age 25, Durant developed an interest in horse-drawn road carts with patented spring suspension, purchased rights to the vehicle and organized the Coldwater Road Cart Co. With friend J. Dallas Dort, Durant formed the Flint Road Cart Co. to buy and sell the carts. By 1900, the company was renamed the Durant-Dort Carriage Company, which became the country’s largest volume producer of horse-drawn vehicles. 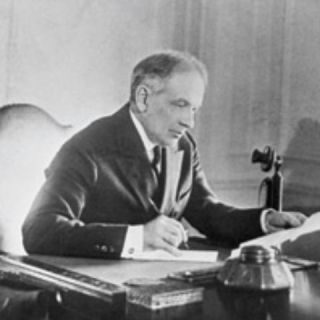 In 1904, Durant was semi-retired from the carriage business and was playing the New York stock market when he was approached by fellow Flint carriage builder, James H. Whiting of the Flint Wagon Works. In 1903, the two men invested in a tiny Detroit engine builder, Buick Motor Co. and moved it to Flint. The company started building a few Buick automobiles in 1904. Durant was offered a job at Buick and later became the general manager. In three short years, Buick became the leading automobile manufacturer. Durant eventually became Buick’s president. By 1908, the top four auto producers in the U.S. were Buick, Reo (headed by Ransom E. Olds), Maxwell-Briscoe (run by Benjamin and Frank Briscoe), and Ford (headed by Henry Ford).

Determined to start his own company, Durant founded General Motors of New Jersey (GM) on September 16, 1908.