Under the current Internal Revenue code, business-use passenger cars have a class life of three years, but are assigned to a five-year property recovery class.

This unfair taxation has not escaped the notice of the U.S. government. In 1991, the U.S. Treasury Department released a business-use passenger car depreciation study that found the economic life of a car in business use was 3.5 years. The study recommended that the class life for business-use cars be extended from three to 3.5 years, in order to be equivalent to the business vehicle's actual economic life. Later in 1991, the Treasury Department followed up with a companion depreciation study on business-use light-duty trucks. The Treasury report recommended that business-use light-truck class life be extended from four to 4.5 years.

Both studies were the result of a Congressional mandate in the 1989 Omnibus Budget Reconciliation Act directing the Treasury Department to study the proper class life for business-use cars and trucks. (In tax code, class life is based on the asset retirement practices for different classes of property. However, depreciation allowances are not determined by the value of an asset as it ages; rather, they are determined by a statutory provision that stipulates a schedule for deducting the cost of an asset over a specified recovery period.)

The latest U.S. Treasury depreciation study was released on Aug. 1, 2000, and a copy was given to me by Mary Tavenner, executive director of the American Automotive Leasing Association (AALA). In that 111-page report, the Treasury Department acknowledged that depreciation rules are antiquated and use "ambiguous classification criterion," but stopped short of making any specific legislative recommendations to change specific rules. This study was required by the Tax and Trade Relief Extension Act of 1998, which directed the secretary of the Treasury to conduct a comprehensive study of the recovery periods and depreciation methods. The concern was that the existing depreciation system did not measure income properly. Although no specific recommendations were made, the report did discuss "policy options" that were designed to serve as a "starting point" for discussion. The question is whether the next Congress will start discussing the possibility of changing certain unfair depreciation rules.

The Budget Deficit Bogeyman is Behind Us

Since the 1991 Treasury studies, and earlier, fleet industry associations such as AALA and NAFA have actively lobbied the members and staffs of tax-writing committees in the U.S. House of Representatives and U.S. Senate to reduce the recovery period of cars from the current five-year to the 3.5-year economic life of a vehicle; however, they were invariably confronted with the response: "Where will we get the money to replace the lost revenue?" In that era, if tax cuts were provided, offsetting income revenue had to be generated, which created a gridlock situation. In order to provide an equitable tax cut for one industry, it meant that another industry or consumers had to bear the burden of an offsetting tax increase.

Today, in the longest-running economic expansion in the history of our nation, one that is projecting a surplus of $1.9 trillion in the general budget over the next decade and a $2.3 trillion surplus in the Social Security system over the same decade, it is time for our legislators to reassess the unfair taxation of business-use vehicles without requiring offsetting tax increases.

The next Congress should act promptly to begin deliberations on revising the depreciation schedule business-use passenger cars to a three-year recovery class and end the unfair financial burden placed on company fleets.

Changing the business-use vehicle depreciation recovery period is a fairness and equality issue, which was altered with the Tax Reform Act of 1986. As an industry and as taxpayers, we should encourage our legislators to actively re-examine depreciation regulations, in particular as to how they relate to business-use cars and light trucks. 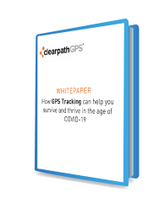