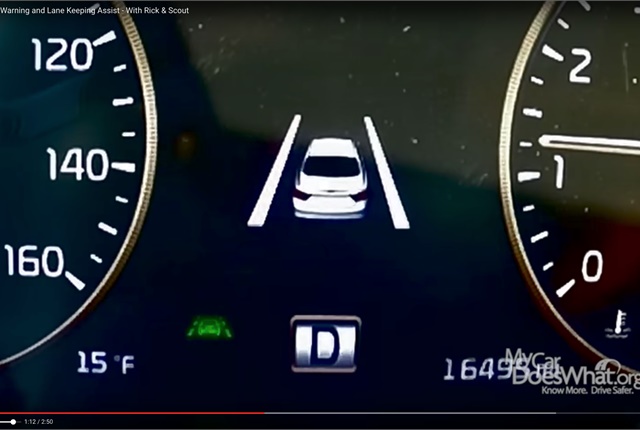 Lane departure warning lowers rates of single-vehicle, sideswipe and head-on crashes of all severities by 11% and lowers rates of injury from these types of crashes by 21%, according to a new study from the Insurance Institute for Highway Safety.

If all passenger vehicles came equipped with lane departure warning, nearly 85,000 police-reported crashes and more than 55,000 injuries would have been prevented in 2015, the IIHS analysis concluded.

The analysis controlled for driver age, gender, insurance risk level and other factors that had the potential to affect the rates of crashes per insured vehicle year, IIHS noted. And a simpler analysis that didn’t take into account driver demographics concluded that lane departure warning slashed the fatal crash rate 86%.

“There weren’t enough fatal crashes to include them in a statistical model that controlled for demographics,” an IIHS report on the study explained.

on Police-Reported Crashes Relevant to System

“This is the first evidence that lane departure warning is working to prevent crashes of passenger vehicles on U.S. roads,” said Jessica Cicchino, IIHS vice president for research, who conducted the study. “Given the large number of fatal crashes that involve unintentional lane departures, technology aimed at preventing them has the potential to save a lot of lives.”

The study focused on vehicles with optional lane departure warning from six manufacturers: General Motors, Honda, Mazda, Mercedes-Benz, Subaru and Volvo. These automakers shared information about the presence of optional features on specific vehicles by vehicle identification number (VIN). Because researchers relied on 2009-2015 crash data from states that provided VINs of the crash-involved vehicles, a connection could be drawn between crash rate and the presence of lane departure warning.

Cicchino pointed out that lane departure warning would cut crash rates even further if drivers kept the feature on at all times instead of deactivating it. Additionally, the feature isn’t effective when the driver is too physically incapacitated to respond to the alert.