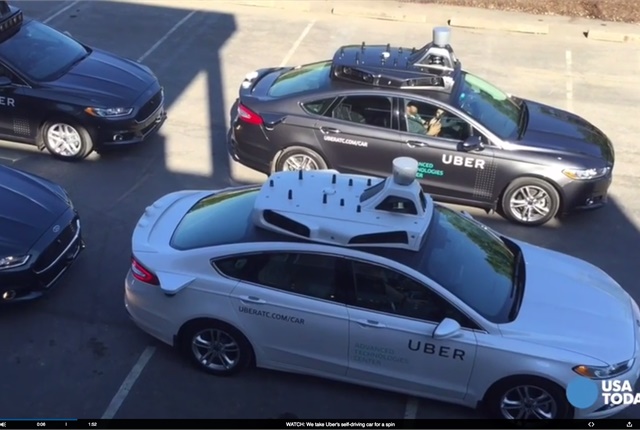 Uber launched self-driving vehicles in Pittsburgh on Sept. 14, giving passengers the option to request a self-driving car with the Uber app, according to Reuters. The vehicles may be many passengers’ first experience with autonomous cars.

Four self-driving vehicles are available to passengers as part of the pilot program, and two Uber employees will sit in the front seats to take over driving if necessary. Company protocol requires a driver to take manual control to allow pedestrians to cross the street, maneuver through construction zones, and make left turns across traffic.

Pennsylvania law allows autonomous cars as long as a driver is behind the wheel to take over when needed. Ultimately, Uber plans to replace many of its 1.5 million drivers with autonomous vehicles.

To view a USA Today video about Uber's new autonomous car fleet, click on the photo or link below the headline.