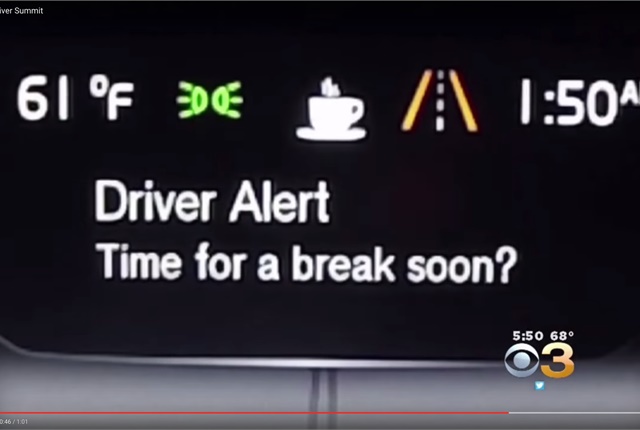 Though the issue of drowsy driving doesn’t typically garner as much attention as the other three D’s of impaired driving — drunk, drugged, and distracted — some estimates have drowsy driving responsible for as many as 5,000 to 8,000 road fatalities in the U.S. each year.

The University of Iowa College of Public Health on June 29 hosted a summit focused solely on drowsy driving prevention, bringing together leaders from law enforcement, public health and education, and transportation and safety agencies. The summit kicked off a national initiative, spearheaded by the National Highway Traffic Safety Administration, aimed at confronting this often neglected public health issue.

The fight against drowsy driving has a vocal advocate in Mark Rosekind, NHTSA’s administrator, who was a well-respected researcher in the field of human fatigue and sleep research long before he began working for the National Transportation Safety Board in 2010 and then later NHTSA in late 2014.

“Drowsy driving has been on the radar forever, but it’s been under-appreciated,” Rosekind said.

Like other forms of impaired driving, drowsy driving compromises reaction time, judgment, and decision-making. Driver fatigue can also lead to microsleeps and loss of vehicle control.

Rosekind and Iowa Governor Terry E. Branstad were among the presenters at the summit. Topics included evolving technology designed to prevent drowsy driving, including monitoring systems capable of alerting drivers when they become too fatigued to continue operating a vehicle.

To view a video about the summit, click on the photo or link below the headline.