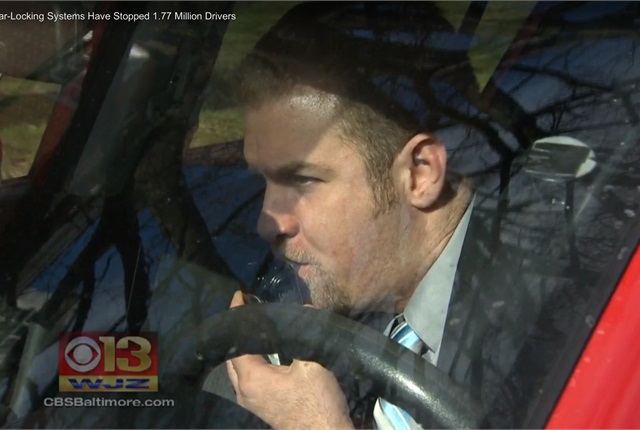 Ignition interlocks have stopped more than 1.77 million would-be drunk drivers across the country since states first started passing laws requiring DUI offenders to install the in-vehicle devices, according to a new report from Mothers Against Dunk Driving.

The numbers, collected from 11 major ignition interlock manufacturers, underscore “the dangerous rate at which drunk driving offenders continue to make the reckless decision to drink and drive, even after they have been caught,” the report states.

“MADD knows ignition interlocks save lives, and they could save even more lives if every offender is required to use the device after the first arrest,” said Colleen Sheehey-Church, whose 18-year-old son Dustin was killed by an underage drunk and drugged driver. “The fact that so many people have attempted to drive impaired — even after being caught and ordered to use an ignition interlock — tells us that we must put technology between all offenders and their cars.”

On average, a drunk driver has driven drunk 80 times before a first arrest. Moreover, 50% to 75% of convicted drunk drivers will continue to drive after their license is suspended, according to the report.

States that mandate ignition interlocks for all offenders have seen significant reductions in drunk driving fatalities, including a 50% decrease in Arizona since its law passed in 2007, the report pointed out. Similarly, drunk driving deaths in West Virginia have dropped 40% since 2008.

MADD’s report shows how many times ignition interlocks have prevented drunk driving in each state.

“This report is a wakeup call to states that don’t have all-offender ignition interlock laws,” Sheehey-Church said. “MADD calls on the remaining states to pass stronger laws this year — states like Maryland, Florida, California, New Jersey and Pennsylvania. Residents and visitors in those states deserve the same protection offered in states with strong ignition interlock laws — such as Texas, Arizona, West Virginia and New Mexico.”

At a news conference in Annapolis, Md., MADD announced the report findings and dedicated the report to Officer Noah Leotta, who was killed in December by a suspected repeat drunk driver. Leotta’s father, Rich, held up an interlock device as he called for the Maryland General Assembly to pass an all-offender ignition interlock law.

In California, MADD is busy lobbying for the passage of a bill that would expand an ignition interlock pilot program statewide and make the program permanent law. Since July 2010, the devices have been mandated for all convicted drunk drivers in a four-county pilot program in Alameda, Los Angeles, Sacramento and Tulare counties. The pilot program is set to expire in July 2017.