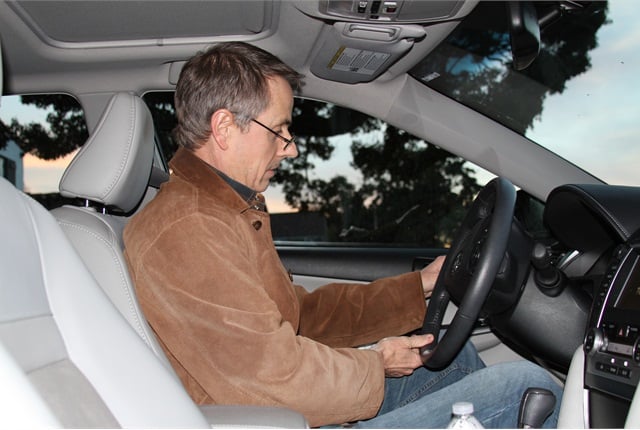 No wonder drowsy driving is seen as a growing problem among fleet drivers.

In a new Consumer Reports survey, 27 percent of U.S. adults said they have trouble falling asleep or staying asleep most nights. Additionally, 68 percent said they struggle with sleep at least once a week.

About one-third of the adults surveyed reported having tried either a sleep drug or a dietary supplement — especially melatonin— at least once in the previous year. Of those who use over-the-counter sleep aids, 41 percent reported taking them for a year or longer and 48 percent said they use the drugs several times each week.

The magazine’s researchers cited longer work hours, longer commutes, and habitual use of electronic devices as a few of the factors contributing to the nation’s collective sleep debt.

Another new survey, released by the Centers for Disease Control and Prevention (CDC), examined the impact of parental status on sleep. Researchers asked participants: “In the past week, on how many days did you wake up feeling well rested?”

The adults surveyed were ages 18-64. For each category of parents, according to the CDC, women were more likely than men to wake up feeling unrested.

These two surveys come at a time when the National Highway Traffic Safety Administration is formulating ways to raise public awareness of drowsy driving and to combat the problem more effectively. According to NHTSA’s Fatal Analysis Reporting System data, drowsy driving accounted for 2.6 percent of all crash fatalities in 2014 (at least 846 deaths).

But NHTSA Administrator Mark Rosekind has admitted that the federal agency’s statistics on drowsy driving fail to paint an accurate picture of the problem’s scope and impact. That’s because fatigue is often a contributing factor to crashes in combination with other causes, such as distraction. What’s more, there’s no reliable means for measuring fatigue or circadian disruption after a crash.

“With drunk driving, we have a breathalyzer. We don’t have a fatigue-alizer,” Rosekind said during a special conference on drowsy driving held in November. “We’re looking for biomarkers. They don’t exist now in this realm. Many police accident reports don’t list fatigue or falling asleep as a cause that can be checked off. How can you measure that if you’re not even collecting the data, right? Everyone agrees that the numbers are grossly underestimating how big the problem is.”

“Most people think they can lose sleep and then they’re off their game maybe 2 or 3 percent,” Rosekind said during a conference presentation. “The reality is that it’s much more significant than that. Fatigue can degrade reaction time, memory, communication, situational awareness, judgment, attention and mood 20-50 percent or more before the driver ever truly falls asleep. At the same time, there will be an increase in irritability, attention lapses, micro-sleeps and apathy. Even a slight decrease in reaction time can mean the difference between getting in a crash and averting one.”

To view a Consumer Reports video offering tips on how to get a better night's sleep, click on the photo or link above.

Related: Drowsy Driving on the Rise