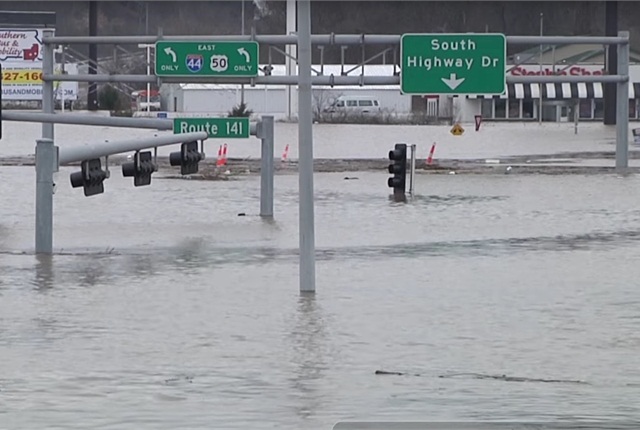 “Emergency relief funding will help Missouri expedite repairs in the aftermath of the flooding,” said U.S. Transportation Secretary Anthony Foxx. “We know that residents are anxious to see major highways reopened again so they can return to their daily routines.”

A series of severe storms that began Dec. 22 led to flooding throughout the state.  The Mississippi, Meramec, and Missouri rivers all flooded, and as a result closed parts of I-44 and I-55 in St. Louis. Portions of other major highways in the state were also closed, including I-70 and I-49. Traffic lights and signs suffered damage as well.

Missouri will receive $1 million in initial, or “quick release,” funds to begin the repair work, further assess damage, and begin to restore traffic to normal as the state continues its work in assessing repair needs. The quick-release funds will be used primarily to restore emergency access and to begin the most critical repairs in the next few weeks, according to the U.S. Department of Transportation.

To view video footage of I-44 flooding in St. Louis, produced by StormHighway.com, click on the photo or link below the headline.