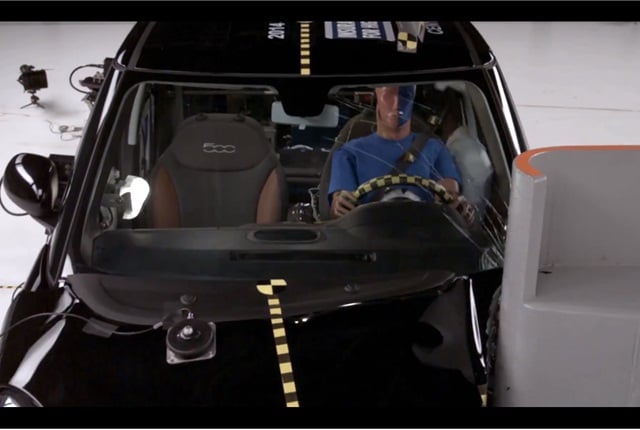 The Chevrolet Volt has earned a 2014 Top Safety Pick+ award from the Insurance Institute for Highway Safety.

IIHS recently evaluated 12 small vehicles for crashworthiness, after subjecting them to a small overlap front crash test. The Volt was the only car in the test group to be named a Top Safety Pick+ because of its optional forward collision warning system. But the Mini Cooper Countryman was the only car to earn a “good” overall rating because of its crash test performance.

The Mini Cooper Countryman, Ford C-Max Hybrid, Mitsubishi Lancer, and the Scion FR-S and its twin the Subaru BRZ all qualified for Top Safety Pick, the institute's second-highest award. These models missed the "plus" award because they don't have an available front crash prevention system.

For more test result details, click here. To watch an IIHS video on the test results, click on the photo or link below the headline.