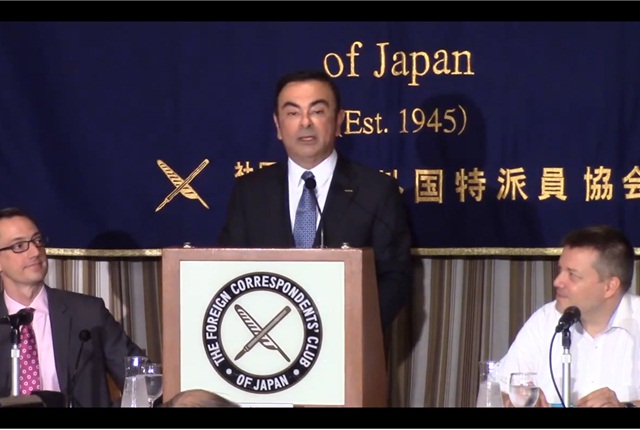 Nissan on July 17 revealed plans to make available two new autonomous drive technologies – a traffic-jam pilot and a fully automated parking system – by the end of 2016.

The traffic-jam pilot will allow a car to drive autonomously and safely on congested highways. The parking system will become available across a wide range of vehicles, said Carlos Ghosn, president and CEO of Nissan Motor Co.

Ghosn discussed Nissan’s plans for autonomous drive systems during a speech to the Foreign Correspondents Club of Japan. He noted that such evolving technologies, including automated lane controls and highway traffic management systems, will come to market over the next four years on a progressive basis.

But Ghosn stressed the difference between the manufacturer’s near-term vision for autonomous drive systems – technology that Nissan intends to make commercially viable by 2020 -- and the overall industry’s plans for fully self-driving cars.

“Autonomous Drive is about relieving motorists of everyday tasks, particularly in congested or long-distance situations,” Ghosn said. “The driver remains in control, at the wheel, of a car that is capable of doing more things automatically. Self-driving cars, by comparison, don’t require any human intervention – and remain a long way from commercial reality. They are suitable only for tightly controlled road environments, at slow speeds, and face a regulatory minefield.”

Ghosn said the company expects more than 1.5 million Nissan vehicles to be connected to advanced communications by next year. These cloud-based systems will offer better access to social media, entertainment apps, voice-recognition software and other services.

To view a video of Ghosn's presentation, click on the photo or link under the headline.