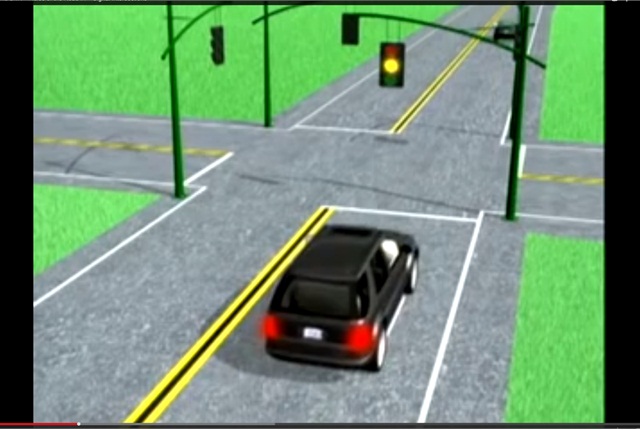 When drivers are inattentive or tired, they’re less likely to make the split-second judgment calls that safe driving requires. This can be especially evident at signal intersections. For example, drivers sometimes reflexively hit the gas pedal when the signal light turns green. Big mistake.

What if cross traffic entered the intersection late in the yellow light?

What if traffic congestion prevents the car from completely crossing and clearing the intersection? Blocking an intersection because of gridlock places a driver in a very precarious position – and yet this is a common sight in densely populated cities.

Here is a video, produced by the California DMV, offering advice on driving near or in signal intersections. Much of the advice is rather basic, but violation of these rules is still common. For instance, cars turning right on red often don’t stop until they’re well past the first crosswalk line. But it’s much safer to initially stop behind the crosswalk before slowly pulling ahead to check for traffic. A driver can’t assume there are no pedestrians in the crosswalk, just because other stopped cars are obstructing the view of the crosswalk.

You may want to pass along this advice to your fleet drivers as a friendly reminder. To view the video, you can click on the photo or link above.