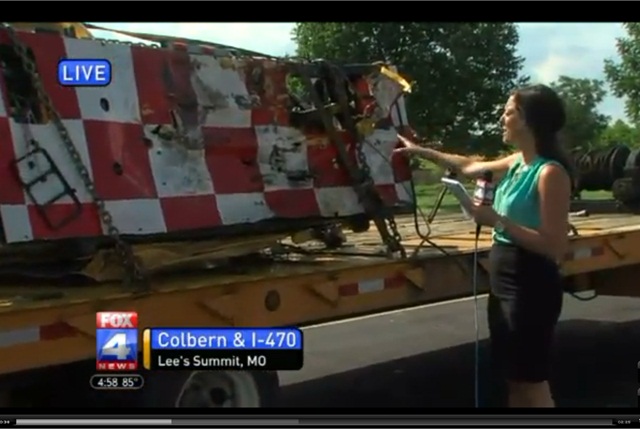 A semi-truck crashed into the rear of a Missouri DOT dump truck on June 25, injuring the drivers of both vehicles. Fortunately, though, the dump truck was equipped with a truck mount attenuator, which might have saved the lives of both drivers, according to police called to the scene.

The collision, which occurred on I-470 in Lee’s Summit, Mo., underscores the value of truck mount attenuators during roadwork involving either government fleets or contracted construction/engineering fleets.

To view a video report on the collision, produced by Fox 4 News, click on the photo or link above.