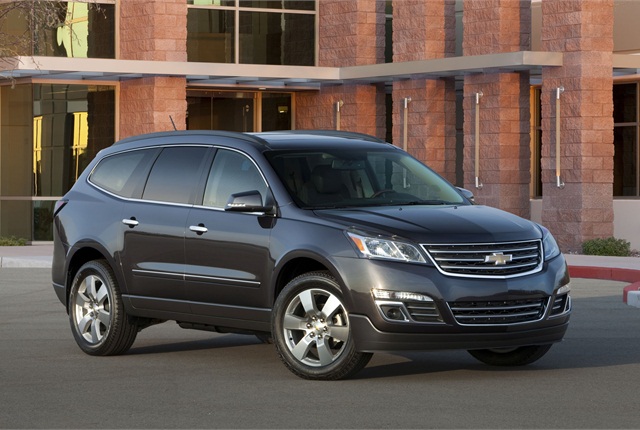 General Motors has ordered dealers to cease sales of its full-size SUVs in a fresh recall that affects 2.43 million vehicles, including Chevrolet Malibu mid-size sedans and Chevrolet Silverado pickups.

The automaker is recalling 1.33 million full-size SUVs including the Buick Enclave, Chevrolet Traverse, and GMC Arcadia from 2009-2014 model years, as well as the Saturn Outlook from 2009-2010, because front safety lap belt cables can fatigue and separate over time. The automaker has told dealers to cease sales of these new or used vehicles.

General Motors has also ceased sales of its 2015 Cadillac Escalade and Escalade ESV long-wheelbase full-size luxury SUV, and recalled 1,402 of the vehicles due to an insufficiently heated plastic weld that attaches the passenger side air bag to the instrument panel assembly could result in a partial deployment of the air bag during a crash.

Among the newly announced recalls, the Malibu is the vehicle perhaps most present in commercial, government, and rental fleets. GM is recalling 1.07 million Malibu sedans from the 2004-2008 model years and Pontiac G6 sedans from the 2005-2008 model years with a four-speed automatic transmission because a shift cable could wear out over time, resulting in mismatches of the gear position indicated by the shift lever.

The automaker also recalled 58 2015 Chevrolet Silverado HD and GMC Sierra HD pickups because retention clips attaching the generator fuse block to the vehicle body can become loose and lead to a potential fire.

Read GM's full release here. To watch a Detroit Free Press/USA Today video report on this latest recall, click on the photo or link under the headline.