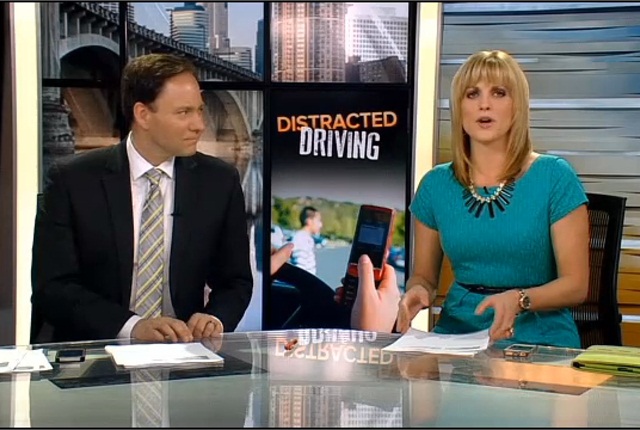 Nearly 400 Minnesota law enforcement agencies have added extra patrols for a distracted-driving crackdown that runs April 11-20. Some of those officers are riding in school buses so they have a better vantage point to catch texting drivers in the act.

To view a video report on the unusual enforcement tactic, click on the link or photo above.

In Minnesota, it’s illegal for drivers to read, compose or send texts and e-mails. Drivers are also prohibited from accessing the Web on a wireless device while the vehicle is in motion or stopped in traffic. Additionally, drivers under age 18 are prohibited from talking on a cell phone.

Minnesota’s “no texting” law was enacted in August 2008, and citations have increased each year:

According to the Minnesota Department of Public Safety, Office of Traffic Safety (DPS/OTS):

“It’s a myth to think we can multitask behind the wheel,” said Donna Berger, DPS Office of Traffic Safety director. “The reality is distractions take our attention away from the important task of driving. It is up to every driver to eliminate distractions and share the road safely and responsibly.”