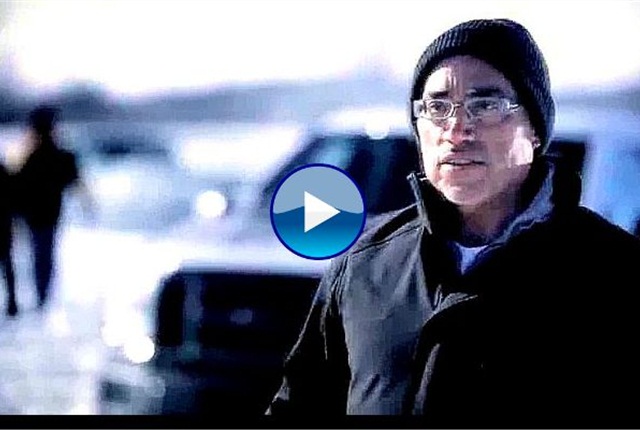 During a recent "behind the scenes" tour of Ford's Research and Innovation Center, a small group media representatives was given a look at how the OEM has put the new aluminum-body F-150 through the a number of grueling tests to make sure it deserves the "Ford Tough" label.

"We wanted to build the toughest, most capable F-150, while making it as much as 700 pounds lighter," said Pete Reyes, Ford F-150 chief engineer. "We challenged the team to torture the truck harder than any F-150 before it."

The torture tests include some that put 10 years or 150,000 miles of wear on the vehicle in under a week. The tests were performed both off-site in locations such as Davis Dam in Arizona, which has an altitude that ranges from 500-3,000 feet, a range of 13 miles and temperatures around 120 degrees Fahrenheit. Other torture tests included:

Seven-channel input: Ford built a special torture rack that violently twists and shakes the truck seven ways – simultaneously – for five days, simulating the equivalent of 225,000 miles. This testing isn't random. After running a fully instrumented truck through durability courses, engineers recorded the forces the road surface put on various vehicle components. Those forces are replicated in seven channels – four up and down, two side to side and one lengthwise down the center. The frame and body are stressed to see how well the truck performs in situations that might bend the frame.

Silver Creek: The famous Silver Creek durability course in Romeo, Mich., combines two extremely rough roads. One section of the route has 15 distinct types of chuckholes, while the other is made from broken pieces of concrete. Test drivers beg off this route after one pass because the pounding and speed is so intense. Imagine hitting a crater-sized pothole every five feet for miles – going 20 mph. With this road surface, 500 miles is equal to 20,000 miles on the country's roughest roads.

Power Hop Hill: This washboard Ford test track in Romeo was created to replicate a steep, off-road dirt trail in the Hualapai Mountains of northwest Arizona. The severe 11 percent grade – steeper than the final section of most ski jump ramps – stresses engine and transmission components when the wheels lose contact and then return to the surface.

Drum drop: Ford engineers dropped 55-gallon drums into the bed of the truck on an angle, making sure all of the force came down on the sharp rim of the drum. Engineers in Dearborn, Mich., then measure the impact and make adjustments until the cargo box floor is suitably tough.

Corrosion bath: The 2015 F-150 is the first high-volume vehicle with a high-strength steel frame, and body panels made of high-strength, aluminum alloy – the same material used to make armor-plated tanks and navy warships. An advantage aluminum has over steel is that it doesn't produce red rust. So Ford had to go beyond the usual tests that include driving vehicles through countless salt baths and soaking them in high-humidity chambers. The company developed a modified corrosion test using an acidified spray to be more aggressive on the high-strength, aluminum alloy. After simulating 10 years of exposure, the aluminum material showed virtually no signs of degradation.

Davis Dam: Run a half-marathon at Olympic-sprinter speed while carrying a 600-pound duffel bag in 120-degree temperatures, all on a 6 percent grade. Then do it 250 more times. That's the Davis Dam durability route that stretches from just outside Bullhead City, Ariz., to the top of Union Pass. The F-150 climbed for 13 miles at posted speeds (varying from 35 mph to 65 mph) while pulling maximum trailer loads and running the air conditioning full blast in the heat of an Arizona summer.

Stone Peck Alley: There's a special place in Romeo where paint jobs come to prove their mettle while testers work to protect the metal. To test paint for the all-new F-150, engineers drove the truck 150 miles over gravel roads, then another 150 miles over pellets of extremely jagged scrap iron that is first passed through a blast furnace. Oversized tires spray the stones and scrap iron at every surface of the truck.

Engine thermal shock: F-150 engines are first placed in a special cell and hooked to equipment, called a dynamometer, which simulates pulling a heavy trailer at full throttle up a steep grade.  Next, thermal shock testing takes engines from the coldest polar vortex to extreme heat in just seconds. The engine coolant and oil are quick-cooled to minus 20 degrees in as little as 20 seconds, then the engine runs at maximum power while coolant and oil temperatures stabilize, first at 230 degrees and then at 270 degrees, before being chilled again. This process is run 350 times over more than 400 hours to prove the durability of the engine block, seals, gaskets, cylinder heads and liners.

Rock and stop: Serious off-roaders navigate difficult terrain using the same drive/reverse/drive technique many drivers use to get unstuck from snow. Ford performs 500 aggressive starts on a stand specially designed to torture rear axles. The stand creates impacts at nearly 2,000 lb.-ft. of torque. This is more torque than the truck is capable of making – 130 percent more and then some – just to be certain the rear axle and all of its parts can withstand the abuse.

Twist ditch: F-150 customers need to trust their trucks in off-road terrain. The twist ditch is a set of parallel dirt mounds built to create a situation in which one front wheel hangs in the air while the opposing rear wheel leaves the ground repeatedly. Only two small patches of rubber are left to make contact with a slippery surface and maintain traction. These ditches can put incredible stress on the truck's body and frame.