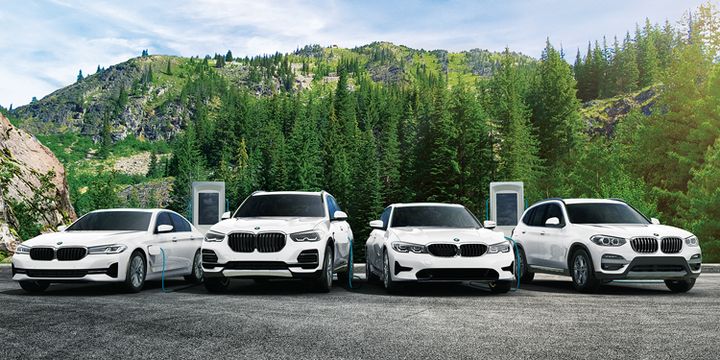 The practicality of operating a sustainable fleet is becoming more viable for fleet managers every day, and there is a slew of forward-looking products available now that are making it increasingly easy for fleets to accomplish their green goals.

While battery electric vehicle products are gradually becoming a larger part of the fleet vehicle landscape, companies can get a better jump on their sustainability initiatives now through the implementation of plug-in hybrid vehicles (PHEVs) in their operations.

BMW has its own range of available PHEVs on the market for fleets to consider adding to their vehicle selector list, which includes hybrid variants of the 3 Series and the X3, among others that are available from BMW. These assets can help serve as an ideal introduction for fleets making the transition to a more sustainable fleet.

Starting with the 3 Series, BMW’s 2021 PHEV 330e sedan is a great starting place for fleets that are considering PHEVs, offering the familiar experience of the traditional ICE-powered 330 but supported by the company’s latest hybrid capabilities.

The 330e PHEV sedan, which is based on the seventh generation G20 3 Series platform, is powered by a 2.0L TwinPower Turbo inline 4-cylinder engine with an integrated electric motor. It is also available with intelligent all-wheel drive in its xDrive variation, and both boast 288 hp and 310 lb.-ft of torque.

The 330e PHEV is ideal for fleets looking not only to build up their sustainability programs - and keep local business commutes emissions free - but also for those wanting to shave off some of their fuel spend. A 12-kilowatt-hour lithium-ion battery pack on the PHEV provides an EPA-estimated electric range of 22 miles for the 330e, and 20 miles for the xDrive powered model. It features a combined 75 MPGe for the 330e and 67 MPGe combined for the 330e xDrive.

Safety is a perennial concern for fleets, and the advanced driver-assistance systems (ADAS) tech equipped will help negate any worries fleet managers will have for drivers of the 330e. It comes standard with Active Guard, Frontal Collision warning with City Collision Mitigation and Lane Departure Warning. Also, BMW’s safety systems can automatically bring the vehicle to a full stop in the event of a potential collision.

For fleets looking to provide a little more variety to their sustainability program - as well as add a roomier option if drivers need more space to carry pertinent company materials - BMW’s X3 SUV PHEV successfully fills the role of the ever popular SUV segment among commercial fleets.

The X3 also features three operating modes: Battery Control, Auto eDrive, and Max eDrive, which allows drivers to tailor the vehicle’s usage of fuel based on their driving habits.

To support drivers of its sustainable vehicle portfolio, the automaker has designed the BMW Connected app smartphone app, which provides users with insights into their vehicles, including the ability to manage battery charging, monitor the vehicle’s electrical consumption, and track vehicle efficiency. It also lets users manually control vehicle temperature prior to driving and lock or unlock the vehicle.

BMW has also included an Occasional Use Charger as standard with any of its PHEVs and EVs, which is compatible with any outlet.

While PHEVs are a well-supported segment for fleets, the application of electric vehicles for commercial fleet use is gradually becoming a more viable option, as the fleet industry has continued to see major announcements regarding new EV products and services.

The BMW i3 is also available with Range Extender, which increases its range to up to 200 miles. It’s also available as the sportier i3s version, for both the base version and the extended range version.

A wide range of standard features on the i3 make it a worthy addition to a fleet’s selector list, as the vehicle’s technological capabilities can help to improve driver productivity and make them feel safer on the road.

All BMW vehicles will be available to fleet customers if ordered in CY-2021.

These are just a few examples of BMW’s early ambitions to offer 25 electrified vehicles by 2023. Moving forward, BMW is planning to release an all-electric BMW i4, which is a mid-size four-door coupe similar to the 4 Series Gran Coupe.

Additionally, BMW has planned a new battery-electric iX SUV for the 2022 model year that will have an estimated 300 miles of range, based on EPA testing cycles. The iX can be replenished from 10% to 80% in under 40 minutes.